The city council of Coria del Río (Seville) launches the Coria del Río Accelerathon on the challenge of Circular Economy in rice straw. An open innovation programme organised by Startup Europe Accelerator, launched by Finnova Foundation, which informs us about innovative projects and ideas in the field of rice straw and the bases of participation in the competition. The winners of the Accelerathon Coria del Río will receive an acceleration ticket to access the funding of the European Commission’s call LIFE 2020 Programme, with a total of approximately 2 million euros per project.

Within the framework of the Sustainable Development Goals, the objective of the Coria del Río Accelerathon is focused on finding innovative solutions that focus on the treatment of rice by-products as a resource and not as a waste, thus promoting the principle of circular economy. 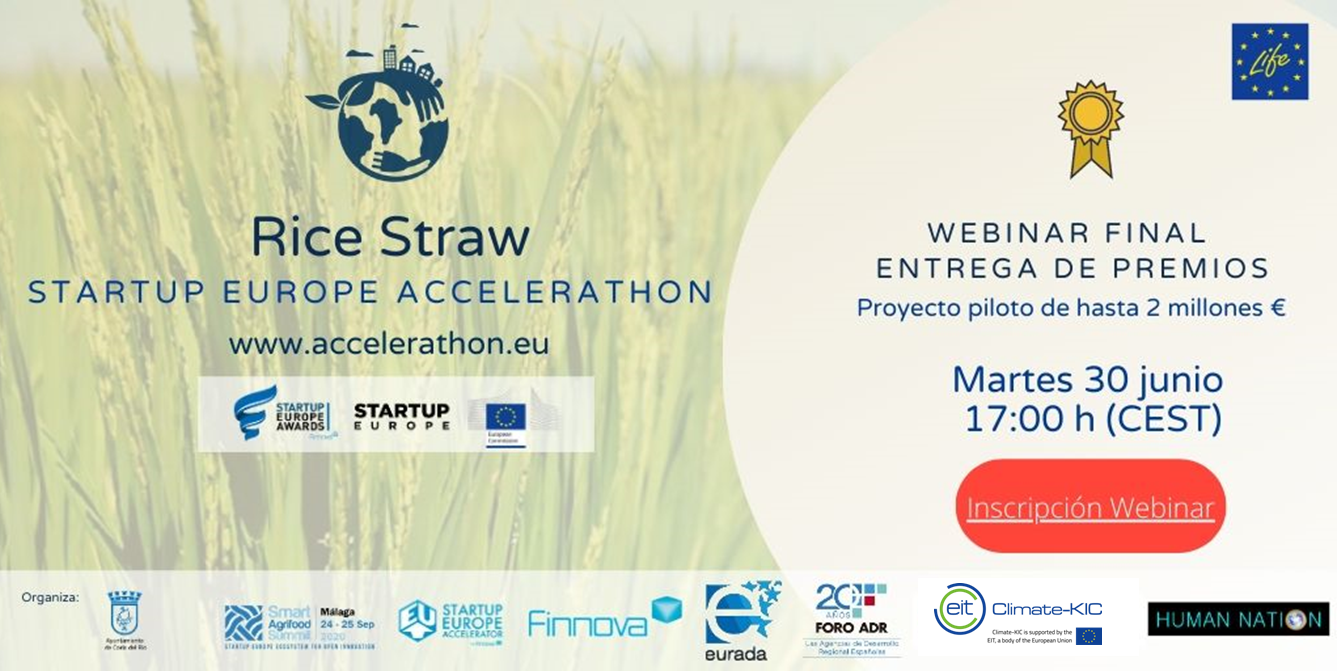 In 2019, for example, more than 788,000 tons of rice were produced in Spain, which at the same time generated residues such as rice straw or rice husks. The rice straw, when in contact with water, causes a decrease in oxygen, rotting and the possible death of birds and fish, which is why farmers burn the rice straw, emitting a large amount of greenhouse gases.

On the other hand, rice husks from the milling of the grain must be eliminated since it accumulates in the environment due to its low degradability. Generally, producers get rid of them through a controlled combustion process that generates rice husk ash as by-product. The resulting ash has a high percentage of silica that makes it suitable for its use in industries such as the cement industry.

This programme has the institutional support of the European Commission’s DG CONNECT. It is addressed to officials and political leaders of city councils, companies and public corporations, business associations, technological institutes, universities, innovative companies with patents or corporations with environmental challenges that can be solved with the financial and technological impulse of LIFE Programme.

“Thank you very much for the opportunity. We want to thank Finnova and the Coria City Council for this opportunity because we will be able to reach more people such as farmers and cooperatives”, said Tomas Undabeytia, a member of the winning team who has been working on the challenge for more than a week together with his partner José María de las Rosas. Now, the goal is to avoid burning rice straw and turn this residue into a resource, thus promoting circular economy. 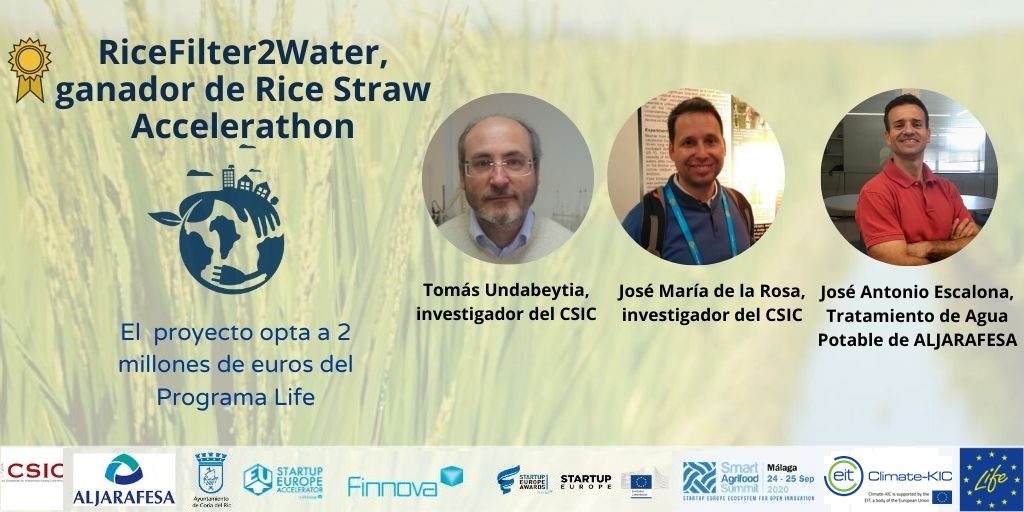 GET TO KNOW THE WINNERS

Innovative uses of rice husk aims to enhance rice husk as a filter for the removal of water pollutants. In addition, it aims at transforming an agricultural resource with little use such as rice husks into active carbon, an active product with high added value that can be used in cosmetics or others.

The project has economic advantages because they produce a product at a reasonable market price; technological because they eliminate the application of chemical activating agents that are harmful to the environment and a risk to the worker; and of course, environmental since the burning of the rice straw would be avoided.

From this Wednesday July 1st until next Tuesday July 14th, the experts in European funds from Finnova Foundation will mentor the winning team and help them with the drafting of the project to submit it to the LIFE programme call.